Not All Data Science Careers Need to Follow the Same Path 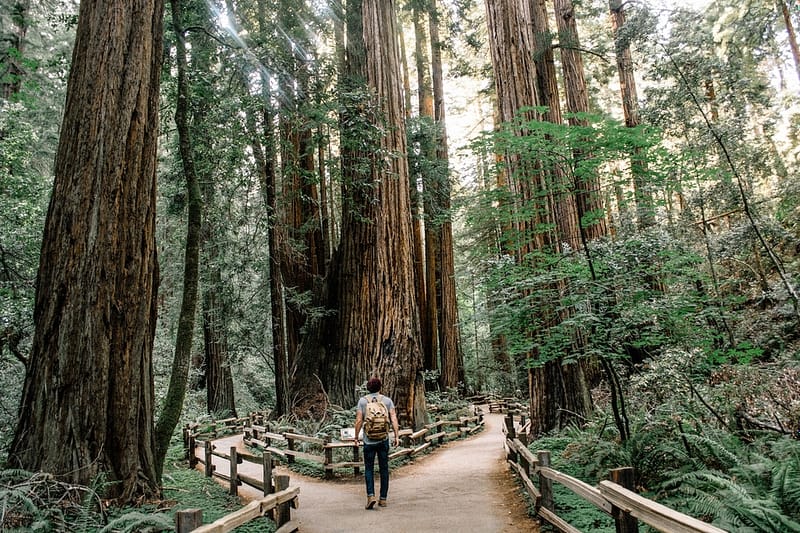 There’s a phenomenon in medicine called “fixation error”. It occurs when a practitioner becomes so focused on one aspect of a case, they completely ignore other, more relevant aspects – to the patient’s detriment.

A lot of data scientists suffer from fixation errors when it comes to their careers.

Working in the corporate world, it can seem like the only path to success is climbing the corporate ladder – from data scientist, to team leader, to senior manager and beyond.

Maybe you feel this way and maybe this career path is right for you.

But it’s not the only route to a satisfying career. And pursuing this career path without a clear understanding of what’s really involved can potentially lead to unhappiness, stress and damage to both your career and those of any people you’re managing.

I recently interviewed executive coach and organisational development expert Tim Davey for my podcast Value Driven Data Science. During our conversation, we discussed the challenges faced by data scientists in climbing the corporate ladder, and the alternatives available for those who decide this isn’t the right path for them.

You can listen to the entire interview with Tim Davey HERE.

Here’s what Tim had to say:

The Three Critical Roles Within Any Organisation

Within most organisations, there are three critical families of roles necessary for the organisation to function – the individual contributor, the first-level or direct manager and the senior manager.

Most scientists are individual contributors, as are brain surgeons.

At least 50% of an organisation’s population are individual contributors.

Beyond that, most organisational hierarchies will have functional managers or senior managers, who are responsible for managing a department or beyond.

Their primary responsibilities are not so much about the daily output of the work done by their organisation, but about setting the direction such that both managers and their subordinates can do the best possible work. They’re doing the strategy work, they’ve generally got more external stakeholder-facing interests and they are providing the interface between different departments.

Each of these families of roles is fundamentally different from the others. Yet, all are critical to the running of an organisation.

Why Do People Struggle to Make the Transition Between the Different Roles?

Because most people get promoted based on the stuff that they’re really good at.

Organisations often take their most competent technical professional and move them into a managerial role. But the reality is that the skill set required in that managerial role is, in many cases, 70 – 80% different from what the person’s been doing previously.

Very rarely is it the inability to learn a new set of skills that trips people up as they become promoted. The great challenge they have is giving up the things that have made them successful so far.

People feel they’ve been promoted because they’ve done something well. They feel like they’ve got to be super good at that at the new level. And they can actually go in and create all sorts of damage for the people working under them. They end up micromanaging the life out of their subordinates because they feel as if they’ve got to be the expert.

In fact, one of the key things people transitioning from individual contributor to first-level manager have to do is give up being the expert. You’re now leading a group of experts and you’re creating an environment for them to be the most fabulous experts they can be.

You can’t be the person who’s just the super expert. And often, at that first transitional stage of career development, that’s the place where people trip.

One of the questions I would ask of people who are considering that transition is “why do you want to do this?” Let’s really look at what sort of work you want to be doing.

Because if you really loved being on the tools, management may not be the place for you. And that’s OK.

To Transition to Management, You First Need to Grieve

The change process does very much mirror the grieving process. It is genuinely hard for a couple of reasons.

One is that it’s hard to let go of the things that you’ve been really good at.

Also, if you’re struggling to pick up some of those new, softer skills required as a data science manager, you will be naturally likely to draw back on the stuff you’ve done well in the past. And that is the technical stuff.

What we often see is people who want to prove themselves in a new role, drawing back on the things that made them successful in the past. And that becomes a bit of a self-perpetuating cycle. So, there’s a grieving process to work through.

Moving from Direct Manager to Senior Manager Can Also Be Tough

As you move into senior management, the responsibility becomes much more about setting and maintaining direction. The time horizons that you’re working with are generally much longer. You’ve got the responsibility of balancing strategic versus short-term opportunities.

You’ve got to manage sideways. And sometimes it’s that sideways management where you’re now interfacing more regularly, and with more consequence, with other departmental areas and other senior managers.

That capacity to be able to take off your functional expertise hat and see things through the lens of other departmental areas, is tough – whether that’s, for a data scientist, seeing things through the eyes of sales, or operations. Especially if you’ve spent ten years being a master in your domain.

It’s about understanding the rules of the engagement and the way other people at that level will play. Because so much of your success is going to be about your capacity to navigate across the organisation. That, again, becomes challenging.

Technical people – and data scientists fall into this category – are wired to find out how things work and to be very discreet, in terms of describing those things. That’s not always how other functional areas work.

So, establishing your credibility, finding ways you can contribute to the broader conversation about the business, and understanding how your area can translate into other departmental areas can be challenging for data scientists.

The first thing is you have to really understand what the new role would look like and ask yourself: “is that the route I want to go down?”

Don’t chase a role simply because it looks like it might have more external rewards associated with it – whether that’s status and title, or the perception that it might pay better. Understand what it is that you want to step into first.

If you do make a decision and say “yes I actually want to move into the management stream”, the next part is to understand you’re going to be responsible for driving most of the activity towards that. You can’t expect the organisation to tap you on the shoulder or provide a clear and present pathway for you to reach those goals. You do have to drive these things a little bit yourself.

The way you can drive that is by recognising that if you want to move from being a data scientist into managing a group of data scientists, you’re going to have to learn a new set of skills. You’re going to have to demonstrate you’ve got coaching capacity; be able to delegate; have the ability to understand and work with different personality styles; and start putting yourself up for those sorts of opportunities that exist within your organisation. And if they don’t exist within your organisation, seek them outside.

For all its strengths and weaknesses, and the cliches associated with it, there are Harvard Business Review articles. There are TED Talks. There are podcasts. There are all sorts of ways you can learn and demonstrate you’ve got an appetite for that kind of thing.

So, the first step I would say is to be clear that that’s where you want to go and do it with clear and open eyes. The second thing is to recognize the gaps and skills you need to develop, and start looking for ways to close those gaps.

How to Have a Fulfilling Career Without Climbing the Corporate Ladder

It’s understanding what brings you fulfilment.

Is the fulfilment from working on really complex technical projects? If so, you might simply choose to move back into them. Or do so with some quasi-leadership responsibilities and oversights – perhaps as the senior individual.

One of the areas where we often see this is law. We see people graduate, join law firms and become specialists. They build a group of clients that they serve really well, and then get promoted to partner. Then, essentially they’re not really doing law anymore. They’re now just managing a group of clients.

And they’ll say: “I didn’t get into law to be a salesman. I got into law because I love the nitty gritty of grinding this stuff out.”

So, we often see this transition back, where they might move to set up their own practice, or become a technical specialist somewhere. It’s a really big decision, because very often it comes with a financial penalty – giving up their share interests in the partnership. But that’s a journey that lots of professionals in that sort of sphere make.

I don’t think it’s dissimilar to the sort of trajectories that data scientists can make.

Putting It All Together

Careers don’t simply need to be in one direction, with that direction being up. Understanding what brings you fulfilment and motivation is critical, as is recognizing that these things will change over time. 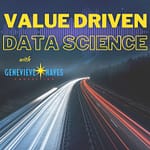