Emerging Technologies and the Future of Business 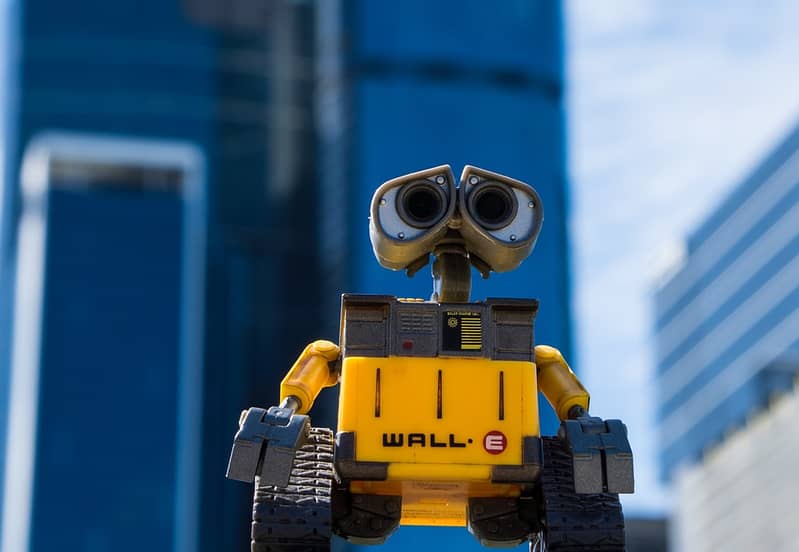 Early in the first season of Succession, media CEO, Kendall Roy (Jeremy Strong) meets with his Executive team to discuss the existential threat presented by new technologies, such as the internet, to their business.

If the company can’t find a way to leverage these technologies, they’re “gonna be like the biggest horse trader in Detroit, 1909.”

Succession is a work of fiction, but many of the business challenges portrayed in the series are not.

The business opportunities of tomorrow are driven by the emerging technologies of today. And given the rapid pace of change in the technological landscape, many businesses of today are faced with a choice between two options: start preparing for the impact of emerging technologies now, or go the way of horse traders after the invention of the automobile.

But how do you prepare for something if you don’t know what it looks like?

In this article, I provide a brief introduction to the emerging technologies with the potential to have the greatest impact on organisations over the next few years, and the implication of those technologies for the future of business.

What are Emerging Technologies?

All of these technologies are expected to impact the world in which we live. Yet, not all of them will impact every business or sector of the economy.

Some of these technologies are commercially available right now, but still have a lot of room for future growth. For example, 3D printing or drones. Others, such as quantum computing or autonomous vehicles, are only available with limited functionality, or not at all.

However, two emerging technologies that have already developed to the point where they are commercially available at an affordable price, and have the potential to be applied across a wide range of industries, are Cloud Computing, and Artificial Intelligence/Machine Learning (or AI/ML).

Cloud computing is just the delivery of IT resources over the internet.

Alternatively, there’s also Software as a Service, which is just internet-based software. For example, Gmail, Xero or Zoom.

Ten years ago, many organisations, especially those in the government sector, had policies preventing data from being stored in the cloud. Those same organisations are now adopting cloud-first policies. For example, in Australia, the Victorian Government’s Digital Strategy 2021-2026 includes the guideline that on-premise, physical infrastructure should only be invested in if the cloud is unsuitable.

The often-quoted key benefits of cloud computing include reduced IT costs; rapid deployment; scalability; and greater reliability than physical infrastructure. However, one benefit of cloud computing, which many people overlook, is its role as an enabler of AI.

Thanks to TV and all the hype around AI, when you mention artificial intelligence, the first thought of many people is humanoid robots, like the Terminator, C3PO or Wall-E.

At Tesla’s AI Day 2022, Elon Musk demonstrated Optimus, a prototype humanoid robot with the potential to form the basis for a future robot workforce. And yes, that is one application of artificial intelligence. But humanoid robot workers are likely to be beyond the needs or capabilities of many businesses, both now and in ten years’ time.

AI is much broader, and generally more mundane, than robots. And there are many applications of it that are far more accessible to businesses right now.

Artificial intelligence is any system or machine that can mimic human intelligence. This might involve something very complex, like whatever is under the hood of Optimus, or it could be as simple as a set of rules programmed into a piece of software.

For example, if an insurer wanted to automatically flag policy applications that met several criteria, such as high-performance cars that cost over $100,000, with a driver aged under 25, they could do so via a few simple lines of code. Yet, that automatic flagging process is still an example of AI, because a computer is being programmed to automate human decision-making.

Most AI you see these days is a bit more complicated than that – although simple rules might be used at the start of a system to reduce the volume of data requiring processing. In fact, these days, most AI systems are based on a branch of AI known as machine learning.

Machine learning is all about using computers to find patterns in large data sets without human assistance. There are three different types of machine learning. But the most common type is supervised learning, which is all about fitting models to data to predict a numeric outcome or classify observations into categories.

Some applications of machine learning that are currently available include:

As you’d expect, some of these models are very hard to build from scratch. They can require huge quantities of relevant data and massive compute power, both of which are beyond many smaller businesses, unless the business is tech-focused, such as an AI start-up.

However, that doesn’t mean smaller, non-tech businesses can’t make use of AI.

Pre-built machine learning models exist for many common use cases. These include translation, transcription, optical character recognition and sentiment analysis.

These models can be accessed directly, via APIs offered by cloud platform providers, or through commercial software tools that make use of the same, or similar, models under the hood.

Not every business is going to have a use case for each of these models. But their very existence gives you an idea of the level of sophistication of the AI that is currently commercially available.

Whenever I give a presentation about AI, two questions I’m invariably asked are “what are the ethics around using AI?” and “what about fairness and discrimination?” And those are fair questions.

Over the last few years, there have been several prominent examples in the media of organisations using AI and things going horribly wrong.

In Australia, we had the Robodebt fiasco, where the Australian Tax Office (ATO) made use of an automated debt recovery system for identifying and collecting overpayments of welfare. However, there was a flaw in the system, which led to $1.763 billion of unlawfully claimed debt and a Royal Commission.

There was also the case of Clearview AI, a facial recognition tool targeted at law enforcement, that made use of a database of images collected from social media sites to identify people. The tool was trialled by the Australian Federal Police (AFP) but was later found to have breached Australia’s Privacy Laws.

No one wants to be in the middle of something like that. Just because you can do something, doesn’t mean you should.

Most businesses want to do the right thing. I’m sure the ATO and AFP didn’t set out to harm anyone or violate anyone’s human rights. But people don’t always know what the right thing looks like. As a result, a lot of organisations, including governments, big tech companies and international bodies, like the OECD, have developed ethical frameworks to assist people in the responsible use of AI.

One such framework is the Australian Government’s voluntary AI Ethics Principles.

What these principles amount to is:

A lot of ethical problems can be mitigated if AI is used as a tool to assist humans in their decision-making, rather than to replace humans altogether. That is, by keeping a human “in the loop”.

What Does This Mean for Business?

AI and cloud technologies are not just a fad. They are now commercially available at an affordable price and present an opportunity for businesses to create an advantage over their competitors in terms of cost, quality, service and delivery performance.

Yet, due to their widespread availability, these emerging technologies also present a threat to business. If a business doesn’t invest in technology or underinvests, that places them at risk of falling behind any competitors who do invest, including start-ups and international organisations.

You only need to look at Kodak for an example of what can happen to an organisation that doesn’t keep pace with technology. At one point, Kodak was a world-leading photographic company. In 2012, it filed for bankruptcy protection.

But the purpose of this article isn’t to frighten you. These technologies are called “emerging” technologies. That means there’s still time.

For organisations that are looking to get started with these technologies, first, spend some time understanding what they are all about. This is called technological literacy.

Technological literacy isn’t about everyone learning how to program a computer or become a data scientist. It’s about developing a high-level understanding of the building blocks of AI and data-driven solutions, and the strengths and weaknesses of any relevant technologies. That allows you to make informed and effective strategic decisions in the technology space.

After that, the next step is learning to ask the right questions. As outlined in Business Model Transformation: The AI and Cloud Technology Revolution by Danny Samson, Alon Ellis and Stuart Black, rather than asking “how can I use these emerging technologies in my organisation?”, it’s best to focus on what it will take for your organisation to be successful in the medium term and the changes needed to achieve that. Then ask “how can emerging technologies support those changes?”

Putting It All Together

We are at the dawn of an era of rapid technological advancement that has the potential to cause societal changes on the scale of the Industrial Revolution. It’s no longer a matter of whether these changes will happen; it’s a matter of when.

There’s a lot of uncertainty about what the future will hold. For example, a recent study found that 36% of surveyed AI researchers considered it “plausible that decisions made by AI or machine learning systems could cause a catastrophe this century that is at least as bad as an all-out nuclear war.”

But uncertainty is a fact of life.

What is certain, though, is that pretending this isn’t happening and doing nothing is no longer a viable option. Now is the time to take action. Become technologically literate and start asking how emerging technologies can enable your business to achieve future success. Because emerging technologies are what the future of business is all about.